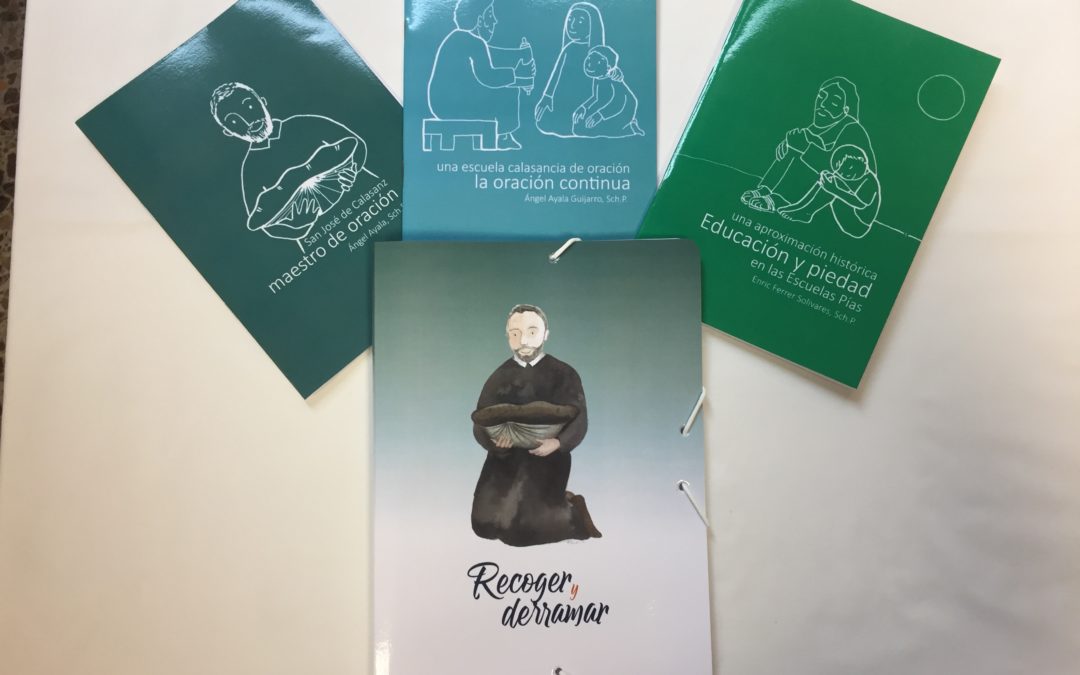 Recently, in various places of the Order, we have seen prosper prayer experiences with children and young people that has revitalized, to a large extent, the Christian identity of our students.

From this new impulse, with the joy of the one who goes along with children  spontaneous confidence in prayer, and also with the inquietude and perplexity of prayer dynamics with a weak charismatic inspiration, the last General Chapter, with the intention of promoting education through out children prayer, from our own charismatic identity, adapting to different cultures and ages, approved the line of action: “To look after, actualize, actualize and announce the Charismatic tradition of Continuous Prayer that Calasanz initiated as a singular Piarist contribution to the new evangelization”, which inspires and guides the way of our blog. Its four verbs, describe the actions that little by little we are offering you in our blog and that, now, we present:

A modern man, encouraged by too many demands that require the attention of children and adults, can easily devalue this “friendly relationship with God”, reducing it to external forms, norms or dynamics that can take us away from the true Calasanctian spirit of prayer.

The General Chapter intends to revive in every religious a genuine attitude that will help the children in their prayer: to look after Calasanctian inspiration through out the willingness and practice of the prayer of educators and the education of children in prayer with care and affection, overseeing always friendly relation of each child and each educator with God.

Before a certain triviality or superficiality of some prayer´s experiences, the General Chapter promoted a greater knowledge of the roots of our Continuous Prayer, with the intention of englighting and clarifying those elements and dynamics of our way of praying, from the initial inspiration of St. Joseph Calasanz and the first Piarists.

For this reason, we present these following studies, which have been carried out.  We will also publish gradually in our blog:

Angel Ayala, BA in Philosophy and Theology, specializing in Sacred Scripture, in his first article, “St. Joseph Calasanz, teacher of prayer”, presents the features and sources of his prayer process that inspires and guides the content and practices of prayer with children and young people. In his second article, “Continuous Prayer. A Calasanctian school of prayer” describes the characteristics and foundations of the Continuous Prayer in its beginning.

Father Enric Ferrer, BA in Theology and Historian from Betania Province, in his article, “Education and piety in the Pious Schools. A historical approach”, takes a tour to the different ways in which piety has been developed in our educational ministry, in dialogue with new challenges posed by the world today.

With these materials we intend to know better the experience of prayer of St. Joseph Calasanz, some features of the exercise of continuous prayer in the first Pious Schools and how the Piarists have developed it along the history and in different places.